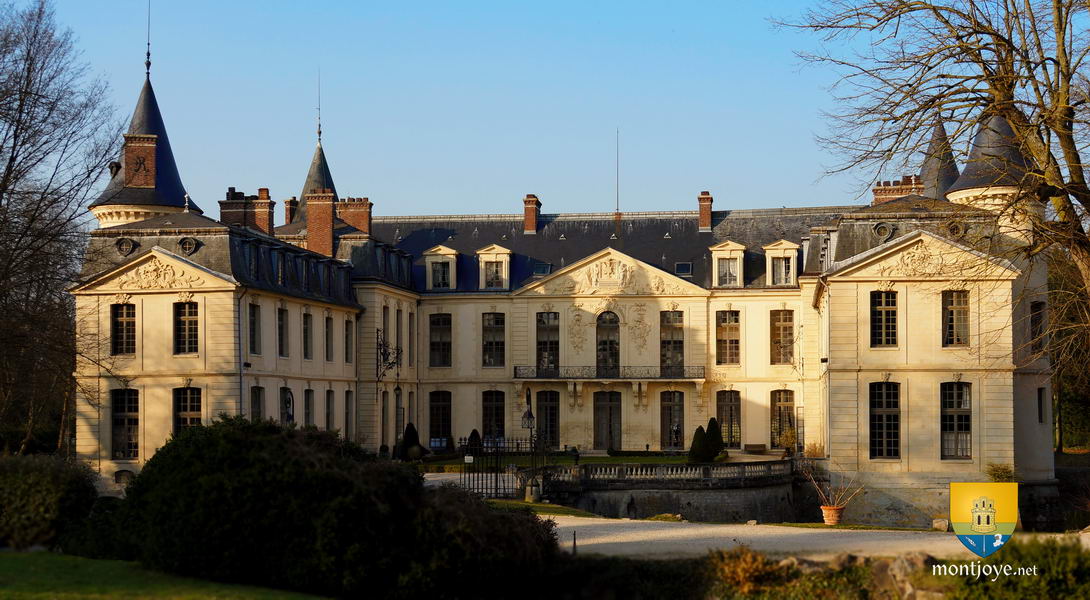 The castle of Ermenonville witnessed over a Millenium of History. It was the last residence of Jean-Jacques Rousseau and now a park named for Jean-Jacques Rousseau by René Louis de Girardin. His tomb was designed by the painter Hubert Robert, and sits on the Isle of Poplars in its lake. Benjamin Franklin was one of the Founding Fathers of the United States and in many ways was "the First American", was come in this city and castle in 1784. Today the castle of Ermenonville is a Hostel.

The first castle was built in 987 by the Earl of Senlis. A stronghold in the middle of Swamps, it was erected on the remnants of a villa owned in the ninth century, by the bishop of Senlis « Irminon ». In 1429, Joan of Arc stayed in the castle on her way to Montépilloy to beat the English ( by the was it's a village legend, it's not historical source ).

1590, the castle sheltered the love of Henri IV, King of France and his mistress Gabrielle d'Estrées, under the kindly eye of the owner Dominique de Vic, Governor of Calais. To thank him, Henri made him Viscount of Ermenonville. The last of the vics was a woman who married Claude Lombard in 1964. The Lombards remodelled the castle and build the monumental staircase in the right wing. In 1574, François Lombard sold the estate to king Louis XV's consellor, René Hatte, who left it to his daughter Geneviève.

The enchanted look of Sylvie, runnig wildly in the midst of nature and shouting joyfully, once filled the place i have just walked through with charm'. So in his nove Sylvie, Gérard de Nerval evokes his walks in Ermenonville in the romantic decor of his celebrated anglo-chinese gardens, designed by the Marquis René Louis de Girardin, gentleman of the waning century of Illumination. Between 1766 and 1776, surrounded by artists, architects, scottish gardeners specializing in lawns, he transformed the Park into a decor inspired by ' La Nouvelle Héloïse', where we can easily imatine Julie and Saint-Preux walking in the baraque landscape.

A word of lakes ( ornemental or natural ), waterfalls, copses, hills, completely disorganised in such of way as could only meet with Jean-Jacques Rousseau's approval.
Sick and full of bitterness, disapponted by the great names who had offered him hospitality, Jean-Jacques, after much hesitation, accepted the invitation of the Marquis de Girardin, and setteled in Ermenonville. The room wich Jean-Jacques Rousseau occupied where the spells of the lover of nature nurtured, is still lived in...We can just imagine the Marquis de Girardin redesiging the garden for his guest like the Claren's orchard in his Novel. The Autor-Philosopher seemed to be happy here ; he gave singing lessons to the Marquis's children, for for walks with Aimable de Girardin, his benefactor's eldest son, to whom he wished to paternally impart the principles of his novel Emilie.

Jean-Jacques Rousseau stay of six weeks was idyllic. One day, after his morning walk, he has seized by a fainting fit and suddenly died in the arms of his lady-companon Thérèse Levasseur. On the 4 july 1778, in accordance with his wishes, his remains crossed over the lake of Ermenonville to their final resting place on the island of Populard lit by the light of torches held by the coutrymen who made up the funeral cortege. A Afterwards the Marquis de Girardin had a sarcophagus designed by Hubert Robert, sculpted by Lesueur, in which were to reside the ashes of the lover of nature. The park, wich then bore the name Jean-Jacques Rousseau was to become of the most famous place of pilgrimage and renown throughout the French literary world.

The tomb and the natural beauty of the site were to attract many visitors. In 1783, queen Marie-Antoinelle and the french court, in 1784 the king of Sweden Gustave III, then Benjamin Franklin also came and later lived in the castle. Then followed the heroes of the French Revolution: Robespierre, Mirabeau, Danton, Saint-Just, Camille Desmoulins and the first consul Napoléon Bonaparte.  Some come to revere a master of « Ecology before the Letter », others the autor of the « Social Contract ».

In 1789, the Marquis de Girardin was delighted at the outbreak of the Revolution, bearing the fruit of liberty, which did not, however, prevent him from ending up in prion, with his family, only the events of the 9 Thermidor were to save them from the guillotine and during this period the castle was ravaged by the Sans-Culottes. In 1794, a decree issued by the convention ordered the transfer of the philosopher 's ashes to the Pantheon in tribute to the man of nature and truth.

Giradin was never to return to Ermenonville. In 1874, Ernest de Girardin sold the estate to Prince Constantin Radziwill whose marriage to Miss Blanc, a rich inheritor of the founder of the casine of Monte-Carlo, enabled him to undertake a vast programme of work. The radziwill's familly, Léron, was murdered in Monte-Carlo in mysterious circumstances and his nephews Armand and Sosthène de la Rochefoucauld inherited.

Juste before the outbreak of the was, the estate was split up. The castle was occupied by the Germans and in 1945 Ettore Bugatti took up residence and mortgaged it to finance his research in mechanics. The castle was then to undergo various fortune. The former pavillion of Gabrielle d'Estrées, the galand friend of Henri IV, who at the time used to visite his faithful companion Dominigique de Vic, Lord of the Manor, disappeared.

Since 1991, park and castle have regained their unity. The estate is one the brightest jewels in the « Hotels Particuliers » group's crown. With the restoration of castle, the personalized decoration of the rooms and the completion of the refurbishment of the reception apartments, Ermenonville has once more come to life. Forty minutes  away from Paris, the site is a marvellous testimony to the attention, taste and delicate sense of feelings that inspired the Marquis de Girardin.

Against the background of the ' Promeneur Solitaire', the castle of Ermenonville offers comfortable stays in a historic site where the brillant and subtle spirit of the centery of illumination is at all moments in evidence.